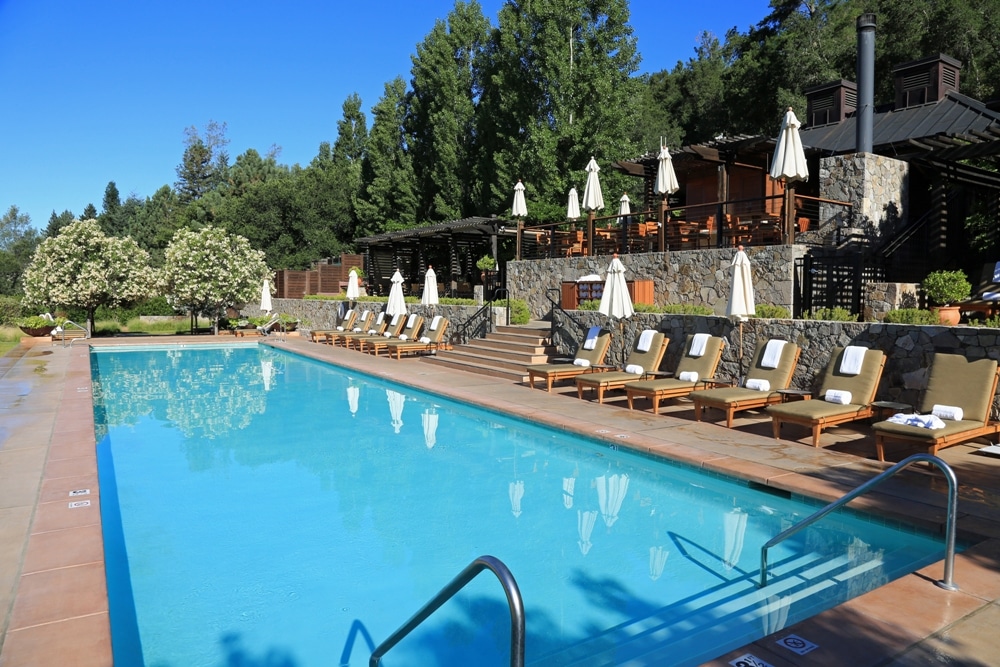 The History of Calistoga Ranch: A Family’s Home – As 1900s Europe began to see the changing tides of war, a young newlywed, Ludwig Orth, sought a safe place to raise his family – just like many of his generation. His cousin owned a ranch in the mountains of Colorado, and sent money to Ludwig so that he could come work for him.

Ludwig spent his first months there working off this debt; but, he also brought with him the trade of cabinet-building. Because of his knowledge, he found a second job at a factory building Pullman railway cars. In a short time, he sent for Emma, his wife, and their son, Richard. In 1911, Emma gave birth to their daughter, Emmy.

While Colorado was spectacular, and a far cry from their life in Europe, their dream was to own land in California. Their prayers were answered when Ludwig was offered a position at the railway factory in San Francisco. The whole family moved together this time, along with Gus, Emma’s brother, and they purchased a home in Richmond. In 1913, Ludwig heard about a place in the mountains near Calistoga that had the potential to be a homestead. Given the terms of the Homestead Act, the place was perfect – the required cabin had already been built. The Orth family bought the cabin and the five of them moved up to the mountains.

Even though they lived quite remotely, Ludwig was a hard worker, and kept his position at the Pullman factory, walking the long six miles into Calistoga every Sunday night to catch the train back to San Francisco. Every Friday he brought home some of his coworkers to relax in his mountain paradise. It wasn’t long before Emma realized she was doing a lot of work – for strangers. If Ludwig expected her to continue, she would be paid a wage for doing so. Thus, the early Calistoga Ranch was born.

The Orth’s daughter, Emmy, was quite liked around the ranch, where she would take guests on personal hikes throughout the canyon and the nearby springs. When Emmy first started school in 1917, her only barrier was her native tongue – speaking German in an American school was difficult, but she quickly learned English, and after her school years were complete, she moved on to the University of California where she met Bob Fouts, the man who would become her husband. Soon after their marriage, the Great Depression struck the nation, and threatened to dismantle all her family had strived for. They quickly moved to be on the ranch, where not only would they raise all eight of their children, but where Emmy would spend the rest of her days, working the ranch up to her passing in 2006 at age 95.