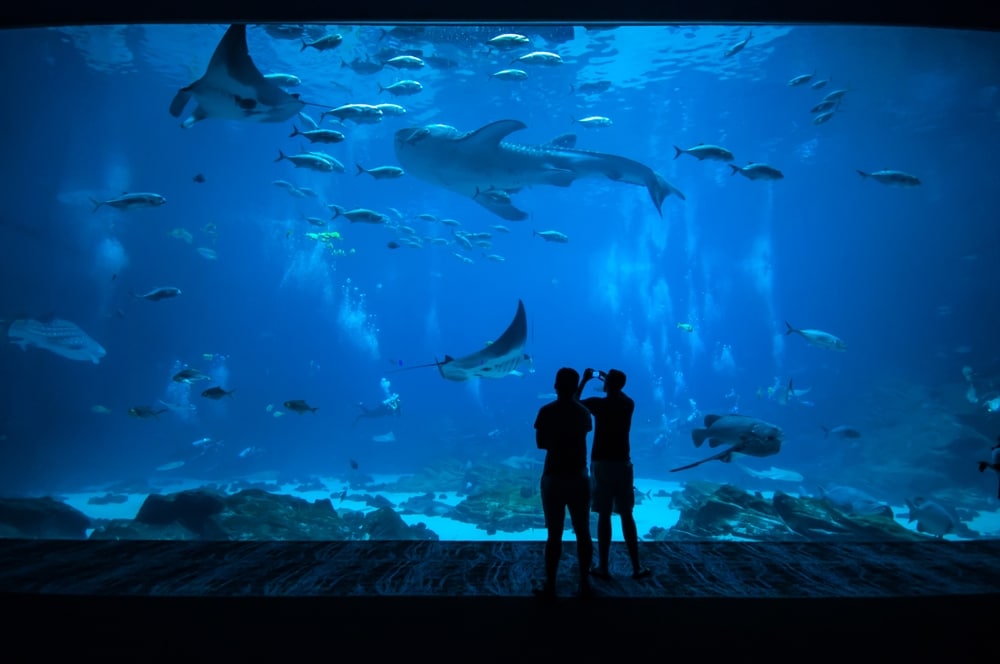 The Aquarium, through their exhibits and various educational studies, is the only institution based in Boston that has an environmentally-based mission to promote how important it is to protect our waters, not just at Central Wharf, but all around the world.

The Aquarium opened its doors in June of 1969. It was created with an intention toward the provision of an up-close-and-personal experience while maintaining a cultural inclusion – getting native Bostonians to connect to their own water frontage. Throughout its decades of existence, the Aquarium has evolved conceptually and grown larger in size. They have remained on the cutting edge of biological education while maintaining a space capable of handling millions of viewers per year.

Within their mission is found dedicated language and action in the fight for the preservation of life in the sea and to also help humans better understand it. Some of its major openings have been the Giant Ocean Tank in 1970 and the IMAX theater in 2001. At the time the tank was built, it was the largest one on the planet, and the theater screen remains the largest one in the New England states. These aspects and their many exhibits are just the beginning. With a focus on marine life conservation around the world, the Aquarium employs scientists who work in all of these marine locations, forever seeking knowledge regarding the several and varied species that occupy our seas.

With a history as long as the New England Aquarium’s, it isn’t hard to believe that the road has been lengthy, and the process a complex one. For instance, this aquarium is not the first for Boston. Boston’s past has seen three separate aquariums flounder. It was not until this aquarium was built that millions of visitors each year began flocking to Boston’s shores to experience what only the New England Aquarium can provide.